We salute the volunteers who attended the Updating and Refresher for Organized Emergency Response Team held @ Mt. Data Hotel. April 17 - 19, 2012. 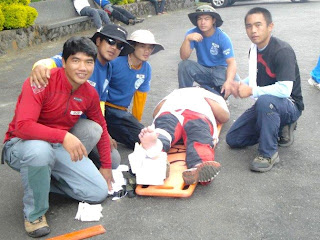 Rod, Andrew, John, Fred, Jeff
Once again, they have proven their effectiveness in Rescue operations by Ranking 2nd in a competition during the last day of training. 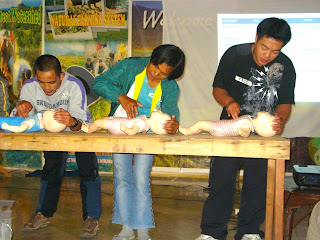 This event was attended by teams from all over the Region. (CAR) 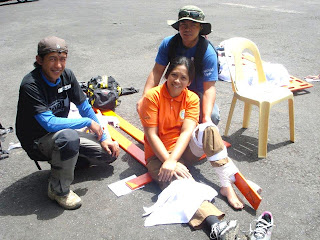 They were up against professionals, ranging from doctors, nurses to firemen and police officers.
SaGGAs had the experience :) 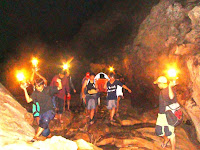 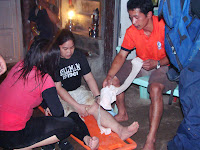 An example was a  rescue of a guest who sprained here ankle inside the cave, not able to walk, she made it out safely thanks to the ever ready SAGGAS team who are highly trained by the DOH and the Firemen of Sagada.
(The organization has been highly independent from the government, funding it's own trainings and funds for the purchase of equipment were generated from the members, while others were donations from guests and friends)