skip to main | skip to sidebar
Home » client » Don't Tell My Daddy...About What I Did in Sagada

Don't Tell My Daddy...About What I Did in Sagada

Sagada By The Numbers

1. Hours to overcome 'tampo' with favorite travel buddies/partners-in-crime for not including you in their Sagada plans: 1
2. Hours it took to decide to spend the weekend in Sagada: 2
3. Number of times Lois said 'Chichi, the amount of money spent in the Philippines will be less money you'll spend on our 6-month Southeast Asian backpacking trip' while debating whether to go or not to go: 2
4. Number of times Lois' advice was ignored: 2
5. Items on this weekend's to-do list that does NOT involve Sagada: 5
6. Minutes it took to research and plan a 3-day Sagada itinerary (Shout-out to Benj of visitsagada.com for your wonderful all-in-one site!): 20
7. Minutes it took to grab and stuff pack for Sagada trip: 45
8. Times 'katinko' was used during the long bus rides and the cold days and nights in Sagada: 8
9. Lowest temperature while in Sagada: 10 degrees Celcius
10. Bottles of 'liquid heat' consumed to combat the Sagada cold: 16

11. Koreans spotted in and around Sagada and Baguio (i.e. Chichi's proof that they are slowly taking over the Philippines): 55
12. Danced to 'Like a G6' because Chichi's new camera was named after the song (switch lyrics from G6 to G12): 8
13. Days without shower (It was cold!): 1.5
14. Maximum layers of clothing worn at a single time: 5
15. Number of people on the bus asked whether to sit on the right or left to see the most stunning landscapes of the Mountain Province: 3
16. Number of people who didn't know answer to question above: 2

Answer: It doesn't matter if you sit on the left or right, either will give you stunning views.
Photo Credit: Carl Custodio
17. Thoughts on the bus on how easy it is to crash in these mountains...while deciding whether to sit on the right or left: 15
18. Number of actual deaths during bus ride to Sagada: 0
19. Attempt at hiding chuckles because of Jeffry's, our wonderful SAGGAS tour guide, slang conyo-tic Ateneo-like Tagalog-English accent which made baril sound like berl, meron sound like mern and parang sound like per-ng: 15
20. Surprised faces when realization struck that it wasn't just Jeff who had this accent but all of the Igorots (the people of Sagada): 4
21. Number of hanging coffins seen in Sagada: 115++ 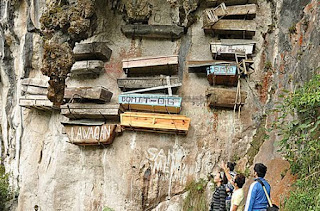 Photo Credit: Carl Custodio
22. Number of times left alone in Bamboo Grill bar, without any other customers, waiters or even the owner: 1

We could've robbed the place and ran. That's genuine Igorot hospitality!
23. Friends made over 2 bottles of San Miguel and a GSM gin 'kwatro kantos' at Bamboo Grill Bar, Sagada: 8 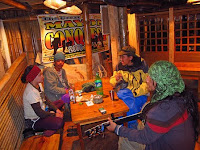 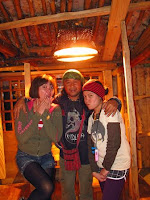 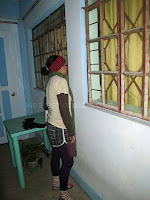 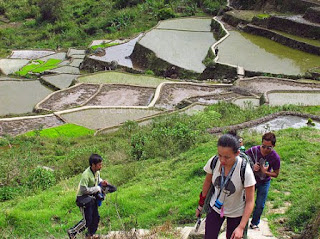 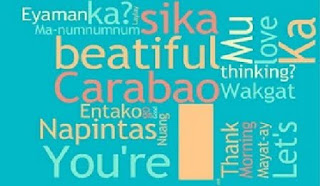 33. Amount paid to Jay, the 10-year-old tour-guide-wannabe who followed us from the village to the falls and who gives all his massage earnings to his mother (in case they won't have enough money for food on the table), for the wonderful stick foot massage : 150 pesos 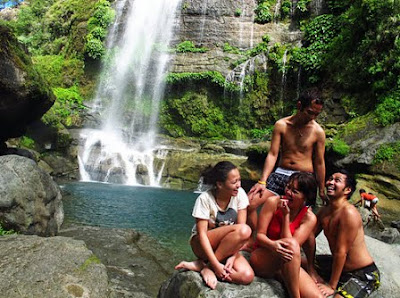 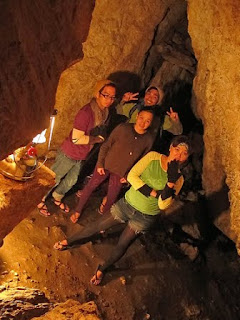 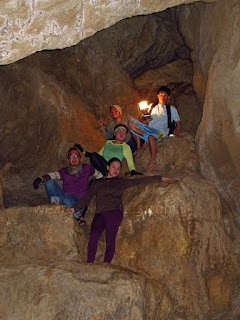 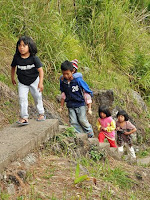 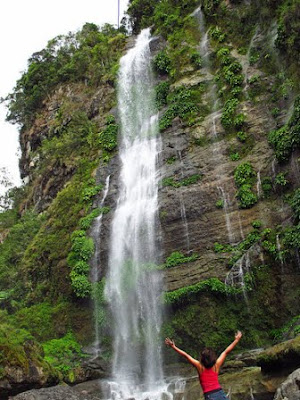 Until the next number-crunching adventure,
*Coming Soon - 5 things I did in Sagada that you should never ever ever tell my Daddy.

re-posted from
Don't Tell My Daddy...About What I Did in Sagada
of the Sole Sisters Blog
Share this article :
Labels: client