‘Access’ refers to water which is at most ten minutes away from the house. Access to potable and adequate water for domestic purposes ranked as the second problem in the MBN survey of 1997 and still remains a top problem until today…

The inadequacy of water posses a problem in the implementation of sanitation and toilet construction. Majority of the households in Sagada fall under Level III in access to safe water since 93.52 percent have piped water reaching their homes. Level III refers to water works system or individual household connections, which is a system with a source, a reservoir, a piped distribution and household taps. No household fall under Level II, which refers to a system composed of a source, a reservoir, a piped distribution and communal faucets (or stand posts). The remaining 6.48 percent is categorized as Level I in water access, for they source out water from shallow and deep wells.
. 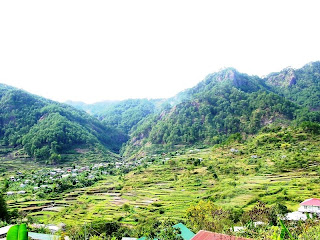 Among the 19 barangay in Sagada, it is Suyo (98.56) that has the most number of households with Level II water access, while Taccong (72 %) has the least households under Level III access to water. Of the four barangyas assessed, Ankileng, Aguid, and Kilong have 100 percent dependence on Level III water sourcing, while 92.28% of households in baranggay Patay – Poblacion is categorized as Level III and 7.71 % still fall under Level I, which refers to Point Source usually a protected well or a developed spring with an outlet without distribution system. (PHSSA 2007, 91-92)
Share this article :