A report in 2004 by the Mines and Geosciences Bureau (MGB) of the Department of Environmental and Natural Resources (DENR) identified at least 40 geological hazard areas in the Cordillera. Ground subsidence and unstable ground hazards were identified in Ankileng and Poblacion particularly in the settlement area. The municipality may also be prone to other natural/geologic hazards because its southeastern side is close to a fault line which lies from Apayao going down south towards Otucan, Bauko (RPFP 2004-2034). 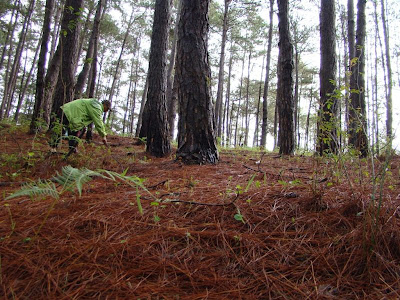 The MGB data on Ankileng is supported by the result of an ocular inspection done in 1988 by Prof. Dymphna Javier, a geologist from UP Baguio. On her visit to the settlement and agricultural areas, she noted evidences of soil creep and she passed the following specific recommendations: “(1) examine detailed structural geologic conditions and identify previous slides….,
(2) identify the role of vegetation,
(3) establish the extent of influence of water… [because] water is directly or indirectly involved with nearly all slope failures,
(4) determine the slope safety factor or the ration between the forces with resist movement and the forces which drive slope movement…, and
(5) adopt appropriate landslide prevention measures… like the use of retaining walls, drainage control and grading of slopes…” (Javier 2001)
Share this article :