skip to main | skip to sidebar
Home » » Education in Sagada

There are a total of 14 school buildings in the elementary level, for which there are 83 classrooms in the public sector with 82 teachers and eight elementary schools in Sagada. 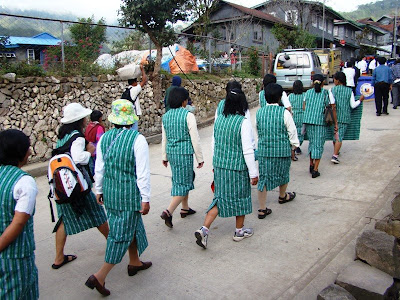 In the secondary level, there are four public schools, namely: Sagada National School which caters to West Central Sagada, Antadao National High School for Eastern Sagada, Ankileng National High School for Southern Sagada and Bangaan National School. Recently, the Sagadians have endeavored to integrate indigenous knowledge, skills and practices into their curriculum for students to better understand and appreciate their indigenous culture.

College education is usually accessed in Baguio City or in Bontoc. There were initial attempts in 1990 at putting up a college in Sagada, which was spearheaded by the Trinity College in Quezon City, an Episcopalian Church or the Philippines (ECP)-owned school. They began an extension college but this closed in 2003. Enrollees were offered to pursue and conclude their courses at Trinity College in Quezon City.
Share this article :

There should be a college or at least a technical school in Sagada. Sagadans deserve to have complete, quality education. This saddens me.